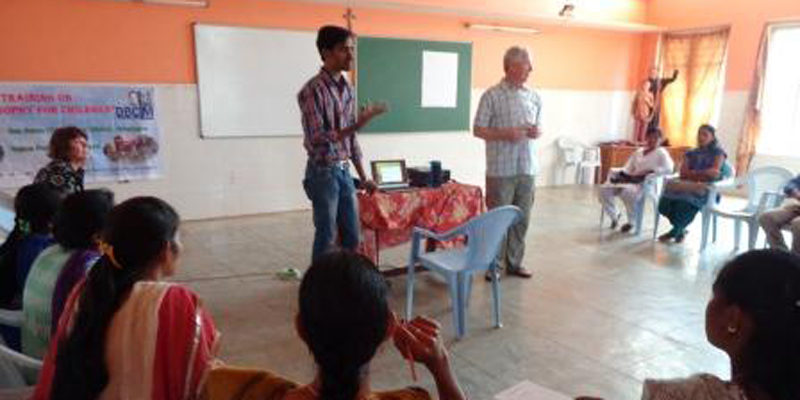 The training outline was laid after first day of attending four classes conducted by the teachers at different centers at Davangare. On the second day resource team started with refreshers’ training for two days and continued with fresher’s training for another two days. The first activity was to understand what teachers know and want to learn about P4C by attending the programme. Later presenters continued with the advanced level, P4C methods of teaching and rules to be followed. The sessions also included the major 6 steps in P4C and 3 points that are to be considered viz. story, personal and philosophical. They also demonstrated use of behavioural flash cards and dialogical flash cards during the class. This was a very interactive programme and teachers raised many questions which was the highlight of the programme. The apprehension in new participants got converted to enthusiasm to use the technique with children to outcaste punishments which was a part of their old teaching style. The teachers have returned happy and now we can wait to see the positive change in children.