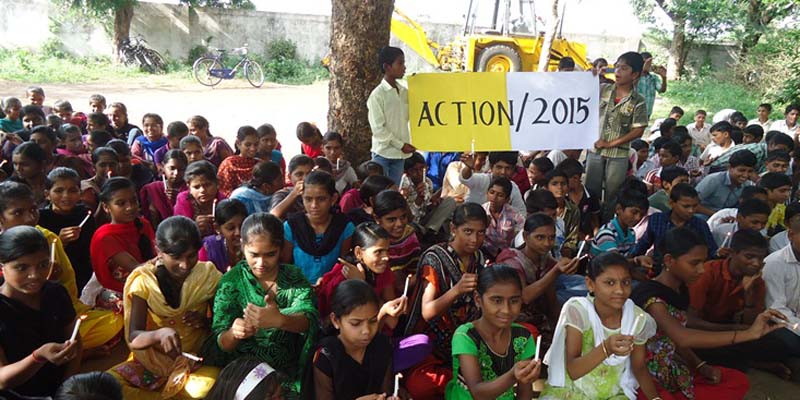 Shivanand Swamiji, Viraktha Matt, Sonn, lit the candle and the participants pledged to eliminate the problems in the village amid the chanting of the ‘Shanti Mantra, Asathoma Satgamaya’.  The leaders present at the venue paid heed to the children and youth who presented the various issues and assured to take appropriate steps with immediate effect.