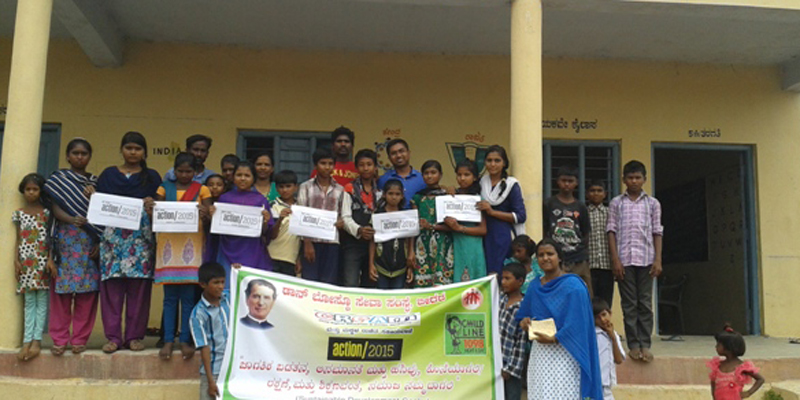 On 12th May 2015, Don Bosco Bidar (Dt)conducted Action/2015 Post Card Campaign at Chatnalli village in Bidar. The village leaders Mr. Dilip and Mr. Shankar were the chief guests of the programme. About 80 children participated in this campaign by writing letters to the honorable Prime minister of India, requesting to eradicate poverty. The chief guest said that “children’svoice should become the country’s voice and that voice must reach the honorable Prime minister of our country”. He then appreciated the idea of presenting the children’s needs to the prime minister. During the campaign the post master had kept the letter box inside the room and locked the office. When children found it they brought this into the notice of village head and made the post master to keep the letter box outside. After that the children posted the letters.