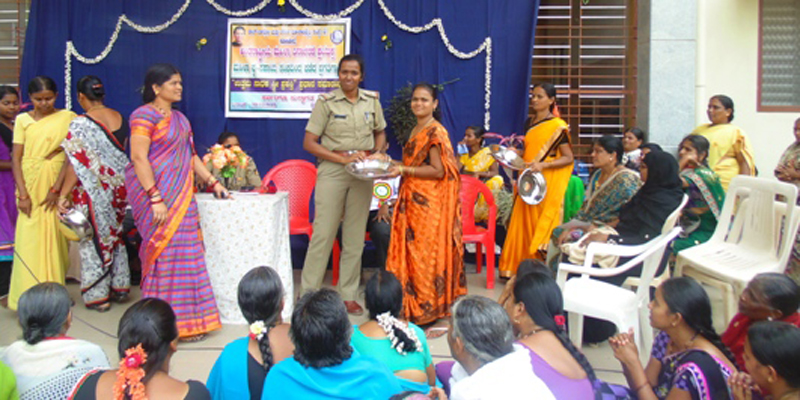 International Women’s Day was celebrated at Don Bosco, Hospet, with the collaboration of Tharuni Mahila Abhivrudhi Society, on 9 March 2015. About 1650 women participated in the event that began with a rally from the Municipal premises. Kanne Umadevi (President, Hosapete City Municipal Council) inaugurated the function. Other guests were Mr Prakash CDPO, Hospet, CMC President, Police Sub Inspector (Hospet), Miss Sarala, and Mrs Meenaski (Durga Vahini Police Inspector), Fr Lawrence (Director), Mrs Savitri (Tharuni President) and others. In the ceremony held at Don Bosco, The Best WOMEN Achiever Award was presented to Six Women who had achieved much through self-help groups (SHG) in the past years.
Fr Lawrence exhorted the womenfolk to take interest on the integral development of their families. The chief guest called for ensuring the dignity of women by the equal participation of girl children in all the aspects of the society.