‘The last child, the first priority’ 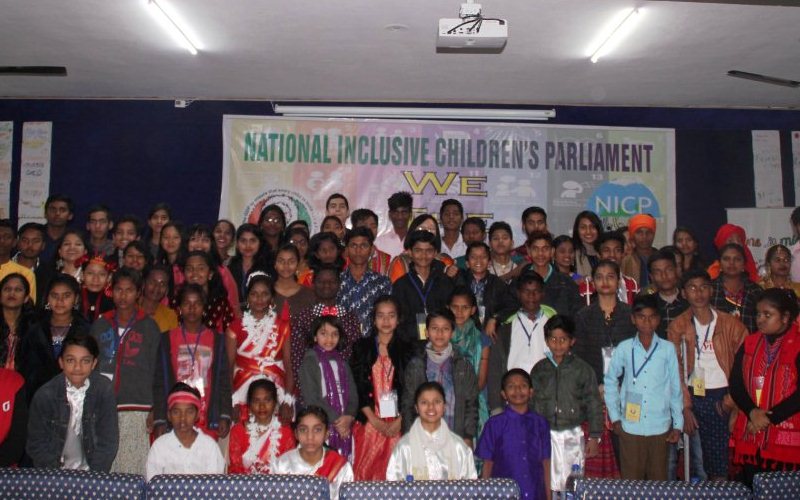 Seventy-five child parliamentarians from across the country met at the annual National Inclusive Children’s Parliament (NICP) to be sworn in as ministers by Ms. Meira Kumar, the former Speaker of the Lok Sabha (lower house of the Indian parliament). Ms. Tanisha Sharma, representing Karnataka, was one of the 75 children committed to creating an inclusive India with ‘the last child as their first priority’. BREADS as a rights-based organisation has been actively contributing to child rights protection and promotion through the constitution and strengthening of Child Rights Clubs (CRCs) in the government schools of ten districts of Karnataka state. Consequently, Ms. Tanisha Sharma was selected from one of the CRCs in Bangalore to represent Karnataka at the NICP. The 75 parliamentarians aged 11 and above, from 29 states and union territories, united from diverse cultures, traditions, customs and 23 different languages to participate from 28 January to 4 February 2020 at Okhla, New Delhi, in the NINEISMINE campaign.

The NINIEISMINE campaign—of, for, and by the children of India, was convened by PRATYeK and a large network of supporting NGOs from across the country. It envisions 100 child parliamentarians from across the country interacting with national parliamentarians in Parliament by November 2020. The nine-day workshop was kick-started with a panel discussion titled ‘Children in the Republic’ where the children were provided important information by child rights experts, namely, Mr. Harsh – IGSSS, RTE Movement and Mr. Varun Pathak, CACL, on subjects related to laws, schemes, budgets and other child rights-related subjects. Ms. Rosy Taba, member of the National Commission on the Rights of the Child promised to take the idea of children’s parliaments across all the states of India.

In training as young advocates, they collated a report to be submitted to Niti Aayog and the UN as part of India’s second Voluntary National Review (VNR)  of the ‘Leave no one behind’ report on the 17 SDGs. The child advocates of the NINEISMINE campaign suggested an 18th goal which they called ‘Áll rights for All children’. The children also prepared a report on the current status of chid rights to be submitted to the NCPCR. Children from different states shared their stories, challenges and recommendations to their governments. The real life testimonies of the children where they had to fight against child marriages, discriminations and forms of child rights violence’s, created an emotional unrest and fostered a sense of  individual responsibility among listeners.

Ms. Meira Kumar expressed her appreciation for the smooth and efficient running of the children’s Parliament and strongly advocated inviting the sitting MPs and Lok Sabha speaker to observe how smoothly a parliament is meant to function. Mr.  Shailab, the Program Director at HAQ- Centre for Child Rights while reviewing Union Budget 2020 noted that it had remained the same in some areas and saw cuts in most other areas related to children. Ms. Kumar opined that child protection seemed to be the least of the current government’s concerns judging from the share of the Budget for Children (B-F-C) which is an all-time low of 3.16%, a drop of 1.6% since the 2012-13 budget.

The annual national parliamentary session concluded with the children reviewing Budget 2020 and a press interaction entitled ‘We, the Children’. In conclusion, the children emotionally gestured the national anthem in sign language to symbolise their commitment to amplifying the voice of the unheard child of India.